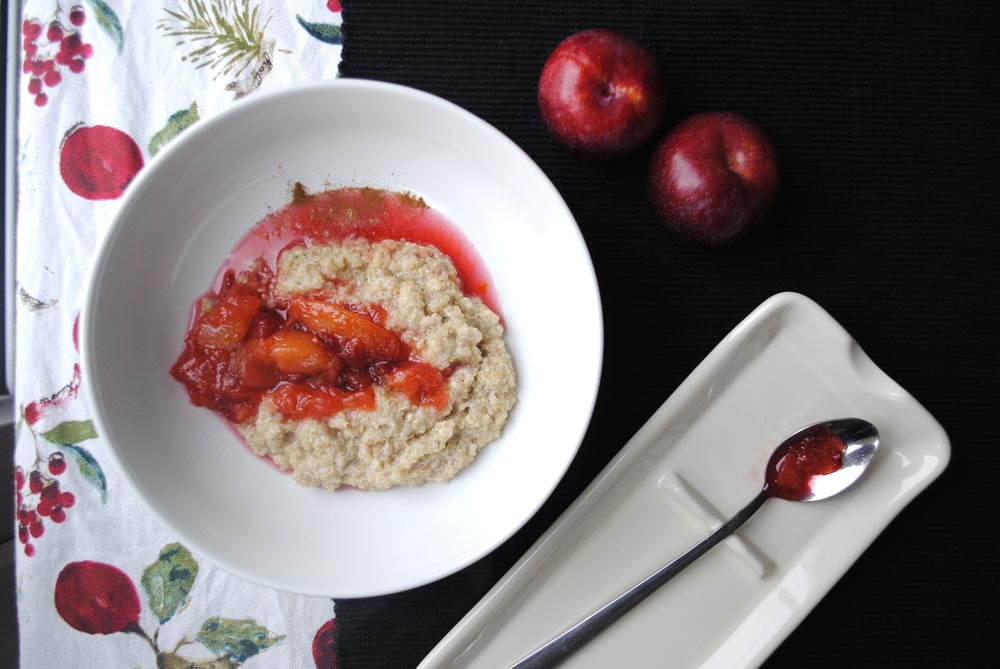 A recipe I found in the Superfoods book by Julia Montagu but slightly changed to suit the items I had in my food cupboard. 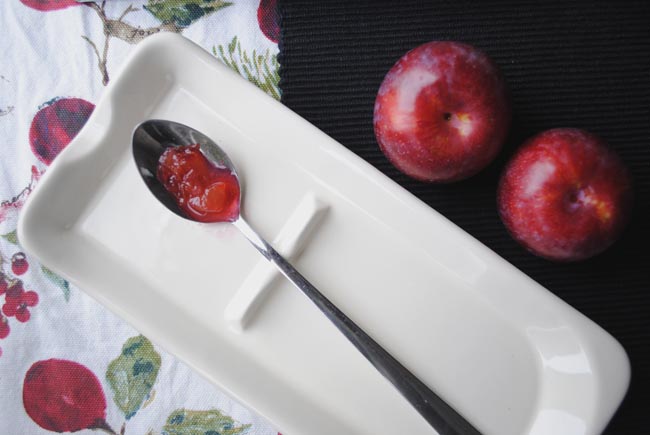 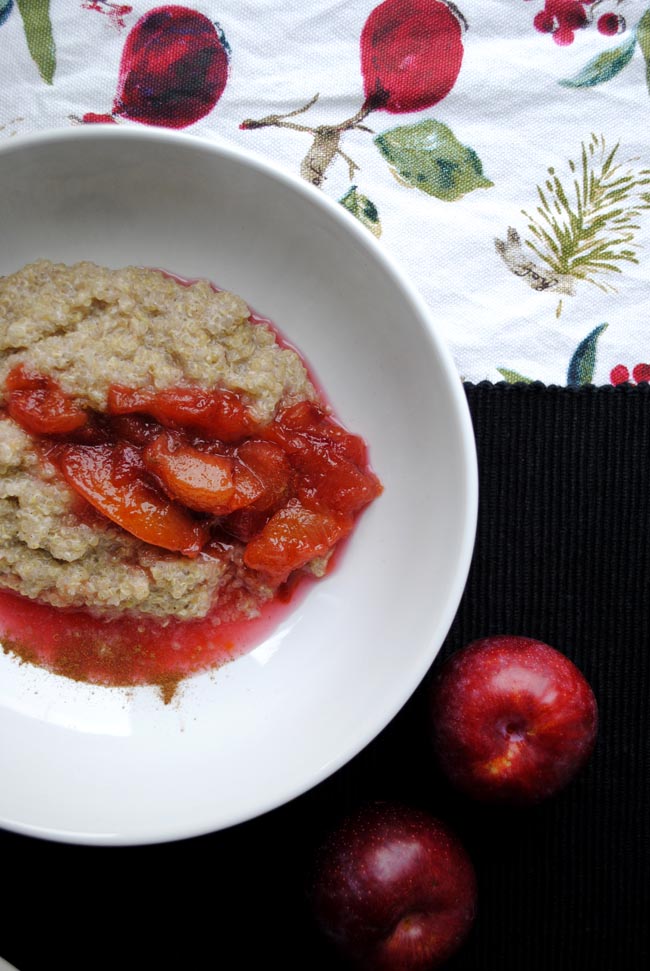 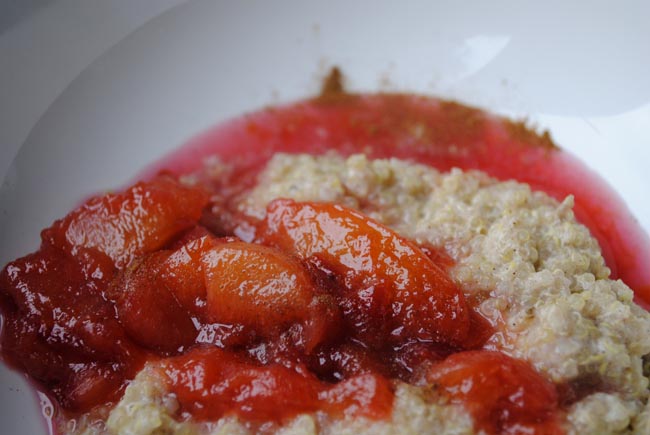 What You Will Need

For the stewed plums…

First, add the coconut milk to the quinoa and bring to the boil. Add the vanilla extra and ground cinnamon then simmer on a small flame for around 20 minutes.

Whilst you wait stew the plums. Cut and pit the plums, then put aside. Put the sugar, water and cinnamon into a pot then boil all in a pan for less than five minutes. Add the plums to the pot and cook until tender. If you’re not keen on eating whole fruits, mash them with a fork once they’re tender and they should be ready to serve.

Mix the butter into the cooked quinoa, which should be a little mushy and add the plum mixture and finish it off with a drizzle of honey. It’s now ready to eat 🙂

Superfood Tip: Plums are really high in antioxidants, which is great for healthy skin, repairing any damage, and improved your immune system similarly to blueberries. They’re high in phytonutrients too, now I had to look this up and found out that the benefits include anti-inflammation and preventing diseases.

Julia Montagu recommends her recipe for breakfast but I can easily eat this during any time of the day!

Today’s DIY is all about wall lights. In design and technology in school I remember just about getting the hang (if you pardon the…