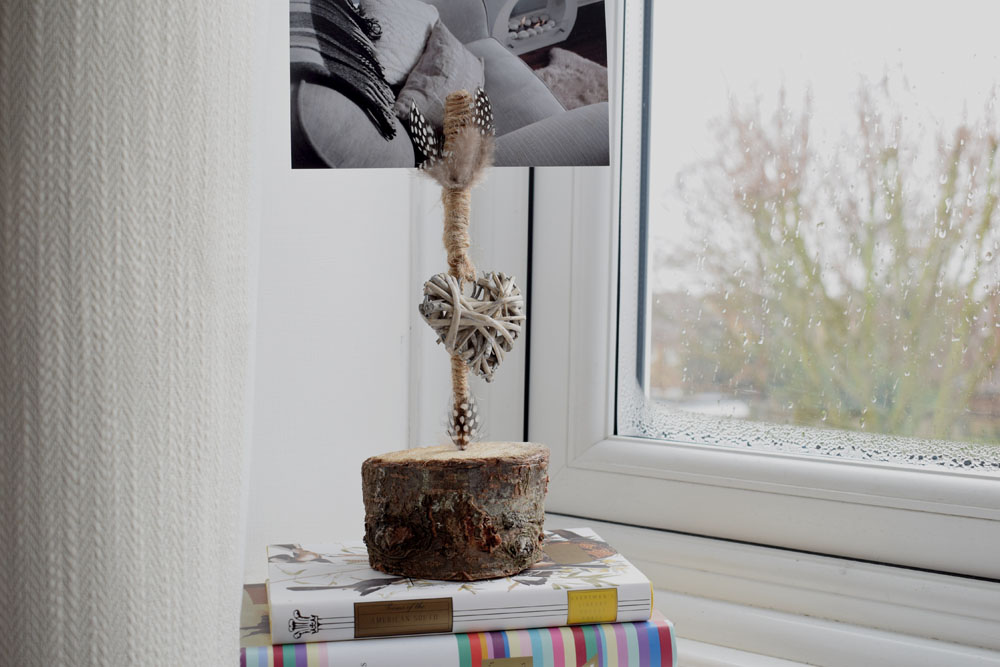 A DIY boho photo holder might be just the thing. I used everything that I already had around the house, including the log as it was an off-cut from the bottom of my first real Christmas tree! I went for a boho look that’s simple yet pretty and an easy idea, one that can be done in an hour or two. So, it’s really quick to make and here’s how I did it…

What You Will Need: 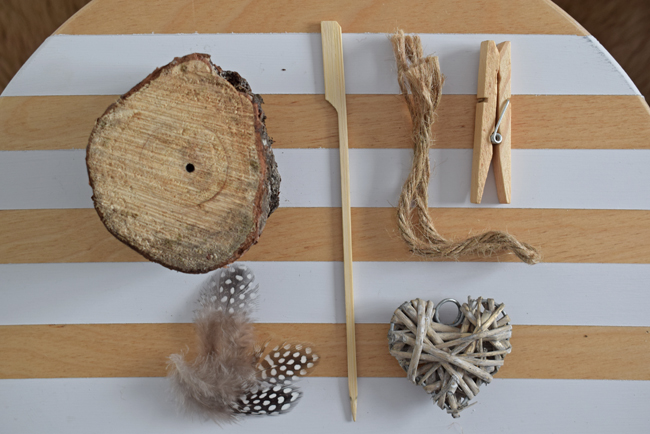 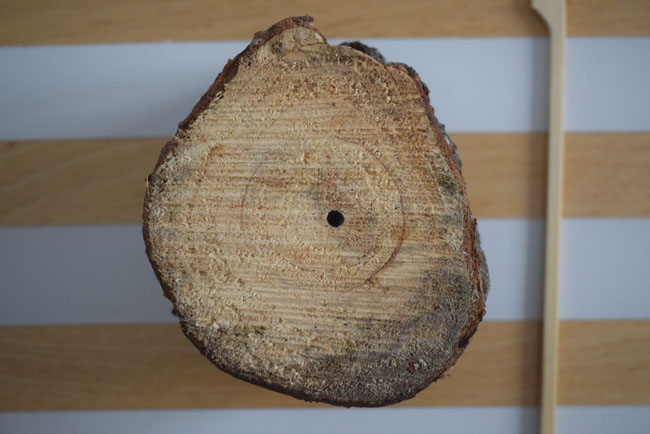 Take your log slice and make a hole in the centre. As a natural thing, the log might not be completely round so judge how you’d like the finished holder to look by deciding what side of the log you’d like to face the front. Then, make the hole dependent on where the stick would look most central by looking at it straight on. I used a hammer to hit the top of my screwdriver to make the hole in the log, it’s easy as I didn’t need to make it deep – about a cm or two. Make 1cm first, then put the stick inside to see whether it would fall or not. If it does then make the hole deeper. Set the log aside for now and move onto step two. 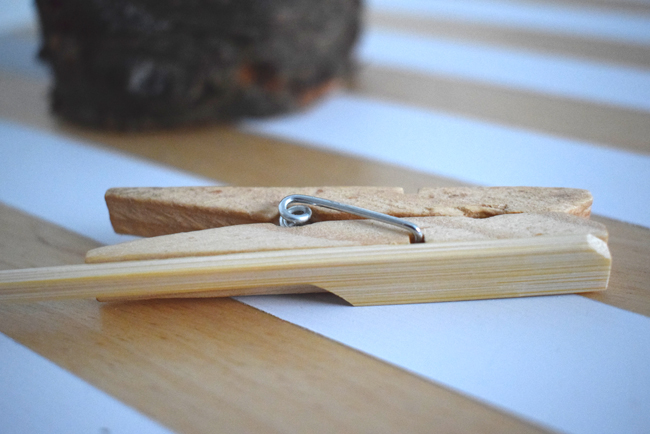 Take your stick and peg and glue them together, width-wise. Make sure to glue the peg to the top of your stick where you’d like the photo to be held. Also, I glued the whole side of the peg so that the teeth end when the stick does. I personally think it looks better this way. 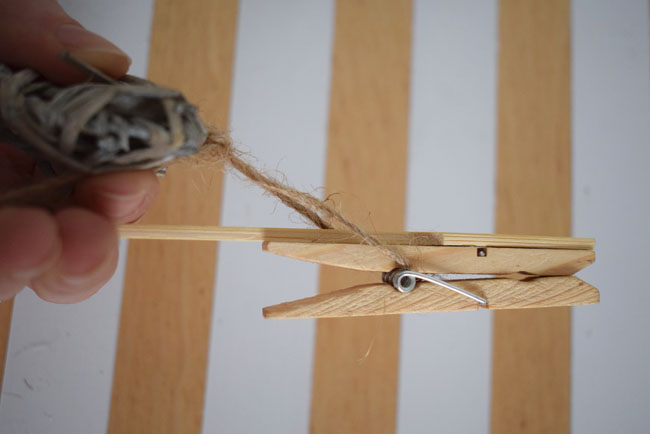 Firstly, take some string and cut around 2 feet of length. Find the centre and put it in the middle of your peg like shown in the image above. This will hold your wicker heart and below is how you should tie the string to the heart, so that it hangs evenly.

After tying it, don’t cut the leftover string as we’ll be using it in the next step to wrap it around your stick and peg (stem of your photo holder.)

Step 4: Wrap the Jute String Around the Stick and Peg Start by dabbing glue all over the stick and peg, feel free to do this in sections as you work. Using first your leftover string from where you tying your wicker heart, wrap it around the stem. Work your way from the middle, where your heart hangs, outwards. Add more glue to it if you need to.

Tip: I wrapped the string only around one side of the peg, which was connected to the stick. Feel free to wrap both sides of the peg separately if you fancy it but I preferred it this was as it was less bulky and you can’t see the back fork anyway as the photo will be in front of it. Whatever you do, don’t wrap the string around both forks at the same time as you won’t be able to use the peg to hold the photo… 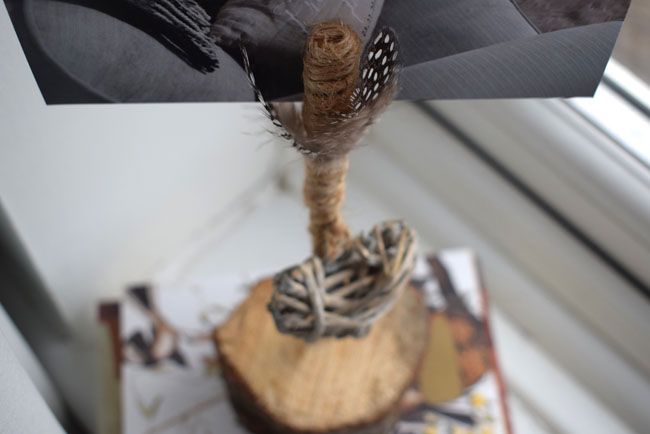 I used only three feathers, all of which actually covered up gaps. Two went onto the bit that was hard to cover up with jute string because it was where the peg mechanism is and the third was added to the very bottom (mostly because I didn’t wrap enough string…)

Why not add more decorations? Maybe try beads or ribbons or buttons.

Decorate to your heart’s content. See what I did there? 😉 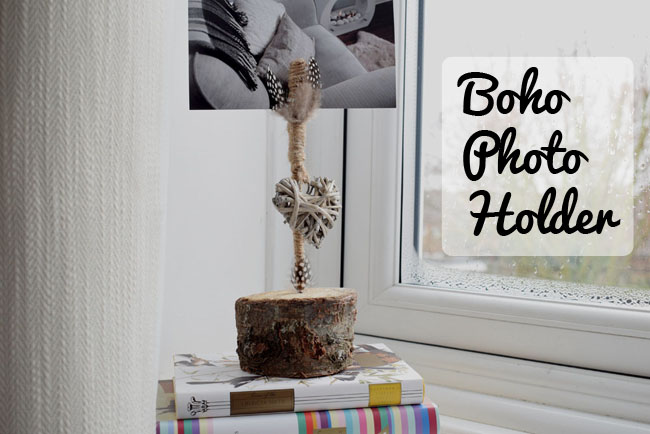 I’m a massive fan of jumpers. If you know me well, you’ll know that it’s very hard for me not to buy a jumper…