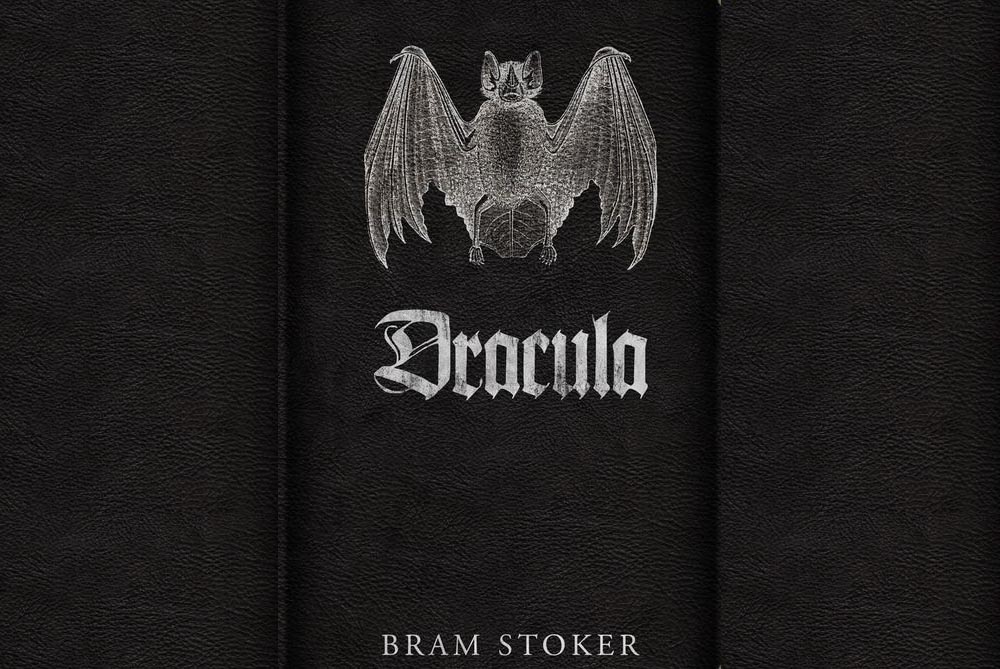 Dracula is a classic.

I will be shocked to hear if there’s someone out there who had never heard of the most renowned Vampire.

Written in 1897 by Irish writer, Bram Stoker, the dark, Gothic novel, Dracula, started on the pages of a book, was transformed into a horror movie in 1958 and then spread like wildfire around the world forming a cult that’s still thriving two centuries after the story was manifested. Stephen King’s Salem’s Lot novel is heavely influenced by it I have no doubt as well as Stephanie Meyer’s Twilight series that had popularised the genre into teenage culture. Anyway, I recently read the book and was fascinated by the gripping nature of Dracula even though the plot seems relatively steady. In my opinion the writer is a master at building suspense.

The book begins with the story of a solicitor, called Jonathan Harker, who is travelling to Transylvania to meet a mysterious man in order to complete the purchase of a property in England. Before Jonathan even steps foot within Dracula’s castle, the local people warn him of his destination, show fear even with the mention of the place towards which he is heading and more than reluctantly speak about it and its owner. Regardless of the signs he continues on his mission and experiences a bizzar event with wolves and his coach driver before being comforted at the dead of night within the castle.

Jonathan is provided a suite at the castle and Dracula tells him that he is to stay for at least a number of weeks. Although he finds this odd and the man thin, pale and harsh looking, the solicitor has no reason to object – especially as it’s suggested that his job depends on this sale. Jonathan regularly speaks with Dracula who seems to ask him many questions about England and the culture, slowly beginning to suspect that his life may be in danger. Throughout his conversations he records his thoughts and findings on the man and after experiencing some supernatural events finally understands that Dracula drinks human blood, does not have a reflection in the mirror and is awake during sun-down only. His mission is to flee the castle during the day, so after finding numerous boxes of earth in the cellar and after hesitating to kill Dracula he finds a way out. The reader is left without knowing whether he survives his journey back home.

The writer starts telling us the story of Jonathan’s fiance, Mina, who is in England and who goes to visit her close friend Lisa. Although Mina is worried about Jonathan’s silence since he left for Transylvania, she is distracted by her friend’s sleepwalking and love affairs. Lisa denies John, a lunatic asylum doctor, and Quincy, an American and their proposals and instead is harassed by bad dreams and an old habit since childhood of walking whilst sleeping. Mina and Lisa witness a seemingly empty ship drift up onto the shore where a dark dog is seen scattering off the decks. The reader understands that the ship carried the same boxes of earth Jonathan saw in Dracula’s castle.

Not many days after the two women witnessed the shipwreck Lisa sleepwalks and Mina finds her in the graveyard held by a tall male figure that disappears when Mina tries to get closer. When Lisa wakes up she remembers nothing. The sleepwalking continues and each time Lisa is seen by the window with a horrible looking bat. She also looks worse every time; drained of blood even. Dr John cannot distinguish the reason for Lisa’s sickness and is left tending to her after Mina who hears that Jonathan is alive but not very well goes to his aid. Dr John calls his friend Dr Van Helsing to help him as he loves her and doesn’t want her to die. Van Helsing quickly understands the reason, especially after two tiny holes are found on her neck, and so he takes precautions such as putting on garlic around Lisa’s neck and telling the other Dr not to let her out of his sight. As things fall bad to worse and for one reason or another Van Helsing’s precautions are broken in an unfortunate way. The vampire takes the form of a wolf and attacks the house so Lisa’s mother dies of fright he then finally drinks Lisa’s remaining blood.

Lisa is near death so the doctors summon her fiance Arthur who’s visit is already depressing as his father has just died. He leans close to kiss Lisa who comes back from the dead and tries to attack Arthur, who escapes with Dr Van Helsing’s help and Lisa finally dies. Lisa is buried but there are local reports to say that there is a scary lady who is attacking kids bearing Lisa’s description so Dr Van Helsing decides to tell all the men involved his theory and ask them to join him when he examines the body at the graveyard. He also wanted to give Arthur the chance to give her peace himself. They go ahead as planned and find disturbing, yet expected, results and continue with their planned ritual of being rid of the vampire Lisa.

Meanwhile, Mina and Jonathan are married and Mina finds her husband’s journal where he writes about Dracula. Jonathan is haunted by horrible dreams and Dr Van Helsing ends up seeing the journal too. That’s when the search for the vampire begins by all of them – partly for Jonathan’s sake and partly to avenge Lisa’s death. History starts to repeat itself when Mina starts looking at bad as Lisa and experiencing the same problems. The men find Mina being forced to drink Dracula’s blood whilst Jonathan is unconscious. She is rescued and the vampire flees.

Dr John, being a doctor in the asylum encounters the strangest of his patients who’s behaviour changes and starts to say about peculiar things that relate to Dracula. It seemed that the vampire has controlling powers and has moved in into the property next door. That’s how they finally track down all but one of those boxes with earth that Dracula seems to use as a bed. Dracula figures out what is happening and travels back to Transylvania to try to get back to his castle. Following the vampire all the way through the cold and past the hardship of a river as well as gypsies, the men finally encounter Dracula within the last earth box, they cut his head off but also suffer a casualty of their own. The world is safe again and the book ends.

My friend visits Las Vegas so often that it sometimes feels like she’s always flying out or she’s over here, showing off her tan…