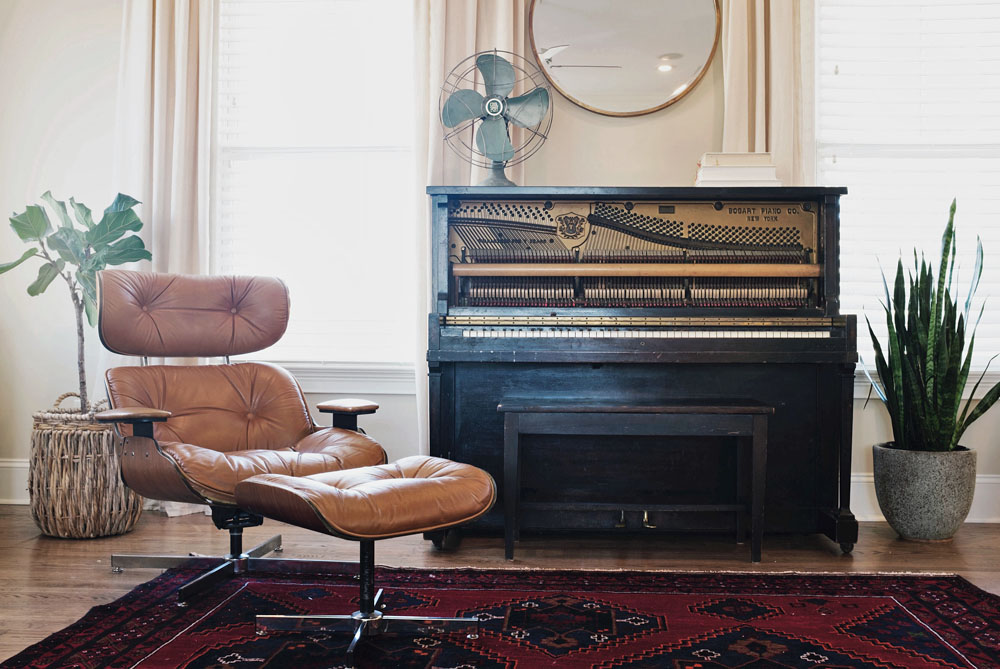 I’m back with my monthly interior design learnings.

This second module is all about interior designers and those who have been renowned for their creations, designs and even style movements in some cases. I’ll be sharing only a handful of those mentioned on the course and hope that you find them just as interesting as I did.

Module Two – Great Designers of our Recent Past

18th Century Scottish architect and designer Robert Adam introduced Neo-Classical designs to British homes. Influenced heavily by the Italian Renaissance, he used ancient Greek symbols and relics as patterns and prints on fabric and walls. He dismissed the linear structure of rigid living and instead played with proportions and relaxed looks for his interiors.

William Morris wasn’t only one of the main influences of the Arts & Crafts movement in the late 19th century but he also opened up a store that was like a department store where you could find everything for your home in particular. It included everything from furniture to tiles and textiles. Inspired by nature, he was known for his beautiful designs and as a socialist, he wanted for his things to be available to the masses but as they were hand painted his things were still too pricy for the common man unfortunately. He ended up founding a printing firm before he died and his legacy continues to this day.

Arguably, Dorothy Draper made interior design a profession by opening a company in 1923. She was a wealthy American who even went on to create her own branded line of fabric. Her style was Modern Baroque, elaborating on detail and using a mix of colours, art deco patterns and fabrics to complete her spaces. She used fun and vibrant combinations which were often seen in her hotel designs.

An American interior designer in the 20th century who loved romantic and country style. Interestingly, she used old pieces side by side with new furniture and fabrics to make the spaces look like they’re ‘lived in’ and to reject ‘perfect’ (showroom?) interiors. In my opinion she also touched on the eclectic style that many of us love so much to this day. She used an abundance of silk and taffeta to style her welcoming living spaces.

Founder of Habitat and The Conran Shop, Terence, enjoyed playing with colour and glamorous, yet simple, designs that were in some parts influenced by Bauhaus. Like a few other interior designers before him he sought to open the interior design world to the masses and as he experimented with foreign design concepts he introduced them to his part of the world, which was England. He’s also renowned for his furniture and numerous writing projects on his specialist subject.

Danish iconic furniture designer, most known for his Swan, Egg and Ant chairs that had a sculptural classical finish. Some might say that he mixed modern living with Nordic naturalism and as a person he has a particular humour and linguistic quirks that made him stand out. To this day, he’s an influential Danish figure for both interior design and architecture.

I hope you found this as interesting as I have. Note: there are many more designers that I’m learning about on the module too, including this couple, Charles and Ray Eames, who were renowned in the 1950s for their design of a lounge chair (pictured.) I found that I ended up browsing the internet for hours reading more and more about these influential and talented individuals!

How to Upcycle a Washing Machine Drum into a Footstool

Currys invited me to an upcycling event where they set a few crafts bloggers a challenge. They asked us to recycle old washing machine…