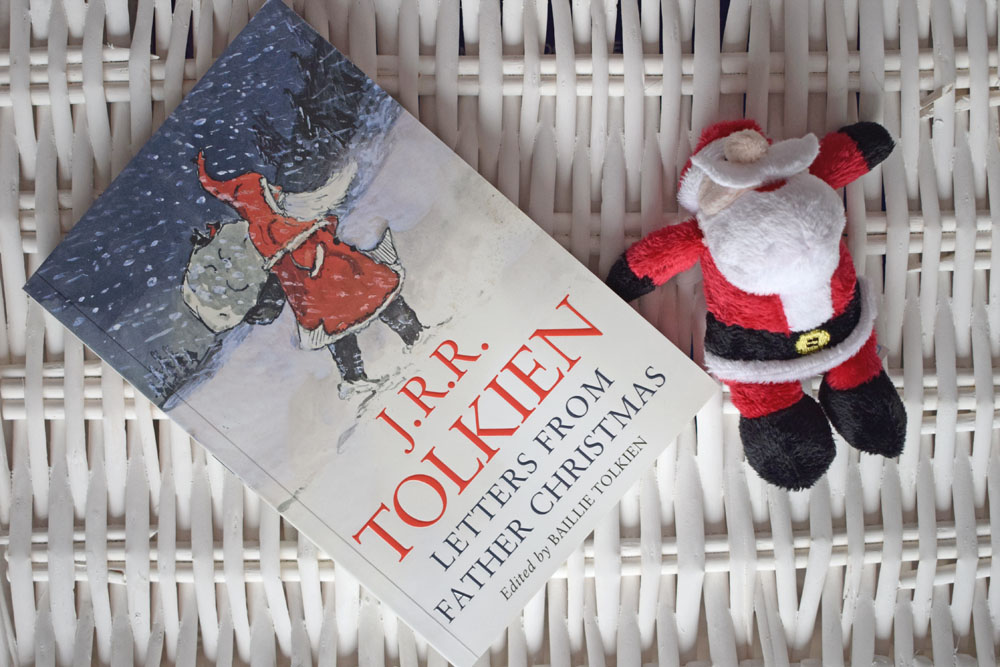 You might have heard of the great writer JRR Tolkien.

Of course you have, but did you know that he wrote letters from Father Christmas to his children?

Every year Tolkien would leave an envelope for his children to open and read. Written in spidery, shaky writing (perhaps because Father Christmas was so cold… or maybe because he’s very old,) news of Father Christmas’ ordeals at the North Pole would be revealed. So, this book showcases the collection of all of his letters that began in 1920 and finished in 1943 and I’ve picked out a couple of my favourite letters below. 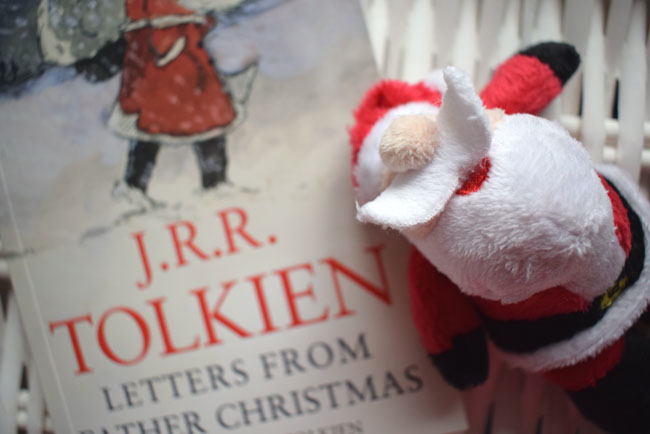 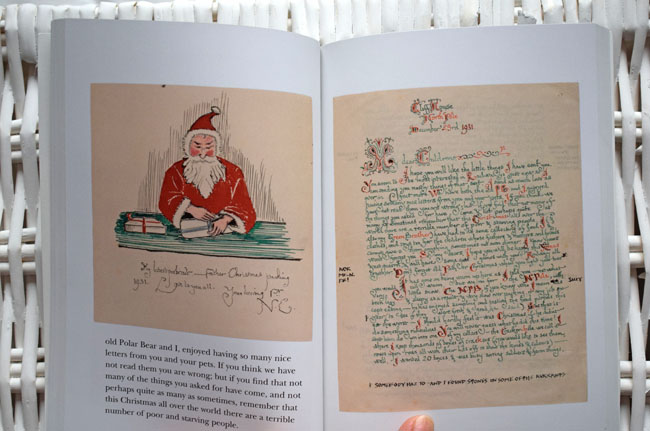 These letters were not always so elaborate as in the picture that you see above. They firstly start off with simple, short letters that state what Father Christmas is doing,

“I am just off for Oxford with my bundle of toys” he writes.

Also, in a true British style even the weather is mentioned. Tolkien adds,

“Hope I shall arrive in time: the snow is very thick at the North Pole tonight.” 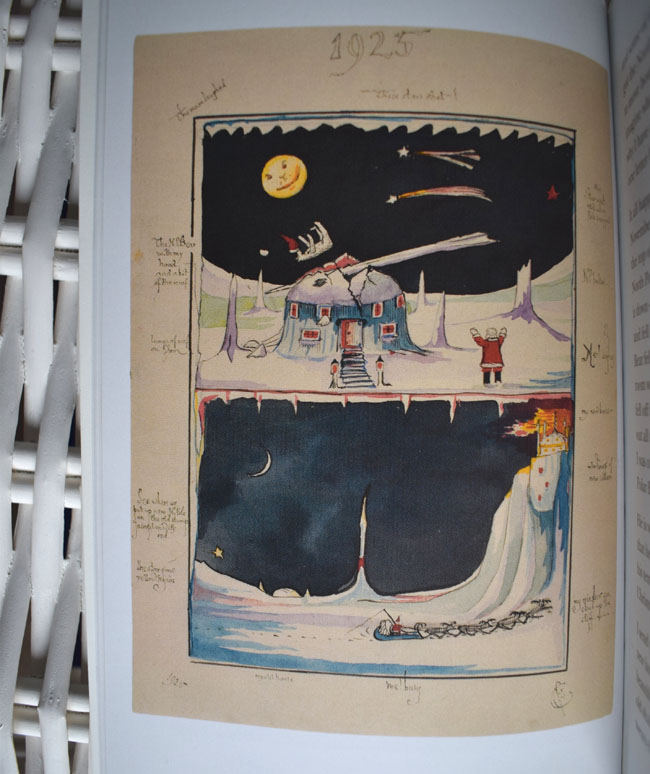 By 1932, Tolkien had fashioned story after story about Father Christmas’ North Pole adventures and other happenings where his helpers, like North Pole Bear, would be in trouble. That’s exactly what happened in 1932 when Polar Bear was lost within the caves where goblins lured him into the darkest, scariest parts. Father Christmas went down to rescue him, bringing light with him. Father Christmas describes what the caves were like, with lots of drawings on the walls within the caves. I love how there are pictures partnered with the letters so that the children can see what’s happening as well as read it (or follow it, if they were very young.)

As this letter is one of Tolkien’s longest, the story continues past when Father Christmas saves North Polar Bear and carries on to say that these very same goblins stole presents from Father Christmas’ new house at the top of the cliffs. Of course, Father Christmas used his special magic to drive the goblins out of their hiding places and the gifts were brought back once again. Without giving too much away, the letter goes into lots of detail and the writing that’s from Father Christmas’ perspective is a great deal of fun to read so I would recommend you reading these for yourself 🙂 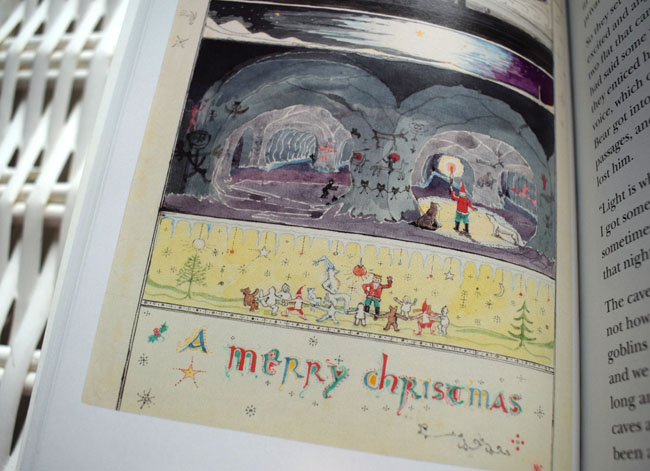 With every year, more and more stories were elaborately manifested by the great writer, Tolkien, representing his amazing talents and awe inspiring imagination. When reading these letters I couldn’t help but think of Tolkien’s other work and potentially some similarities, such as the caves mentioned in the letter written in 1932. The darkness, the lack of light and ‘black magic’ in the dark caves with creatures living within it very much reminded me of the gollum, Smeagol, and his lair that appear in both The Hobbit and Lord of the Rings. Although Tolkien’s novels are different in comparison, in terms of the themes and emotions, I have a sneaky suspicion that the idea played a part anyway, especially as his children’s book, The Hobbit, was published in 1937, not long after the letter was written.

How very sweet! I very much enjoyed reading the letters and definitely fancy writing letters from Father Christmas myself to my 2 year old niece (and another niece on the way.) I think I will start this year even if the little one can’t read just yet. I’ll do what Tolkien did and start with a short letter and then build it up every year by making the stories longer, more elaborate and accompany them with beautiful pictures to express Father Christmas’ adventures.

Do you write letters from Santa / Father Christmas for your children?

There’s so much to craft during the festive period! This cute star made from simple branches is really easy to make and it adds…