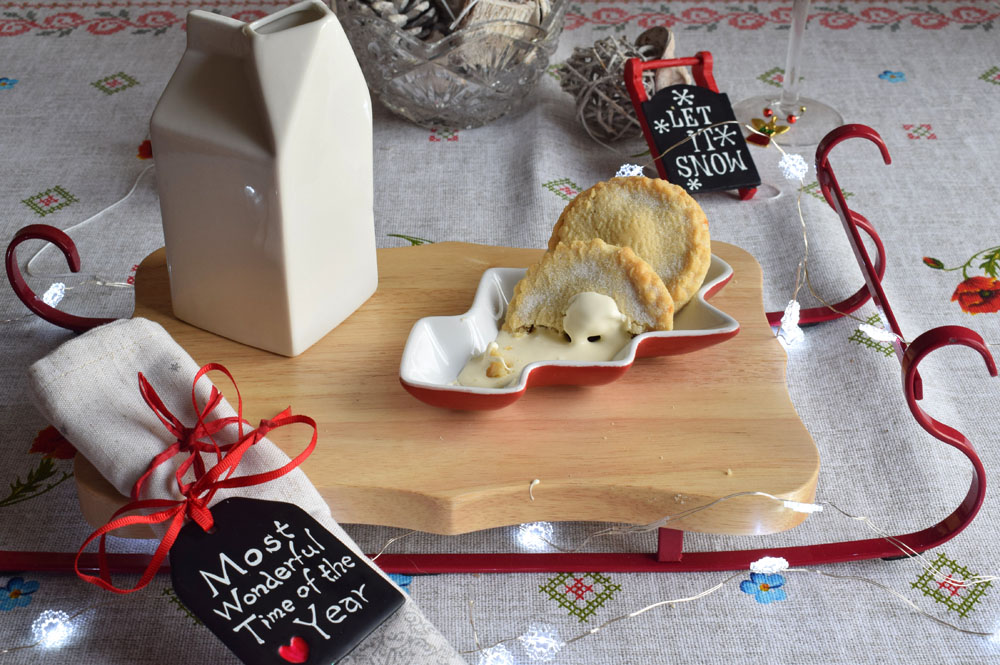 It’s about mid-October that I always start thinking about Christmas, mostly to plan-in fun celebrations with family and friends so that if I’m hosting then I can get myself organised.

I love entertaining, so decorating my home, especially when it comes to tableware, is a must. My preference is always cosy, cute and even that Scandi ‘hygge’ feeling that everyone keeps raving about. That’s why you’ll notice that my Christmas tableware combines the red and gold colours with a touch of silver and sparkle. 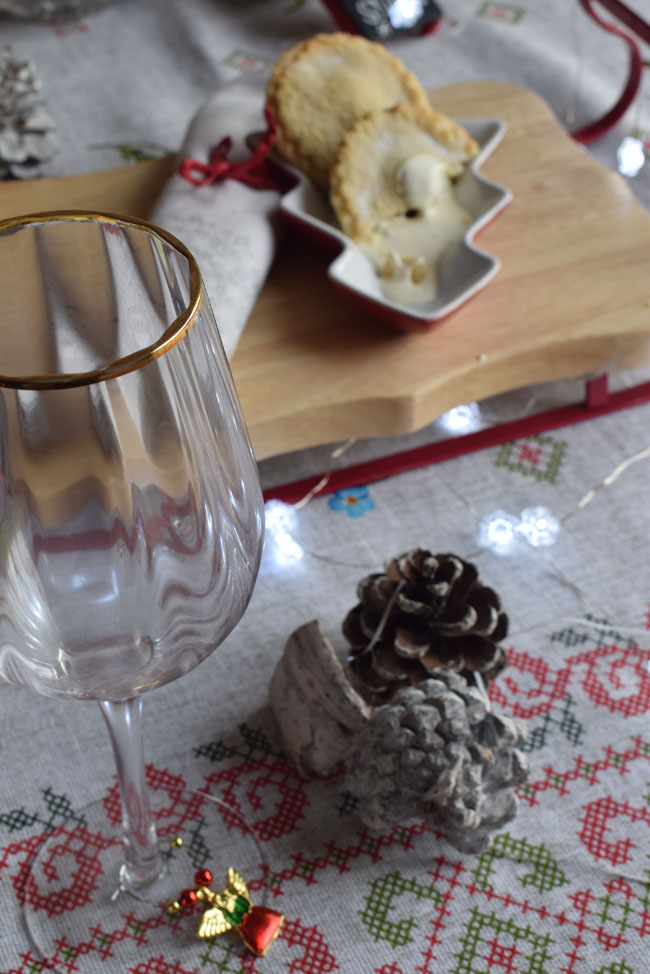 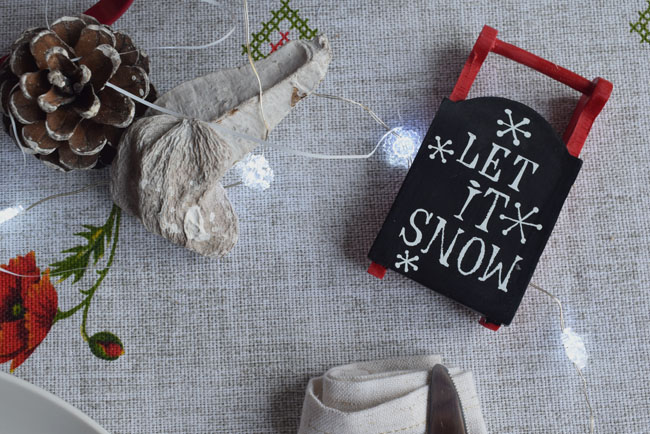 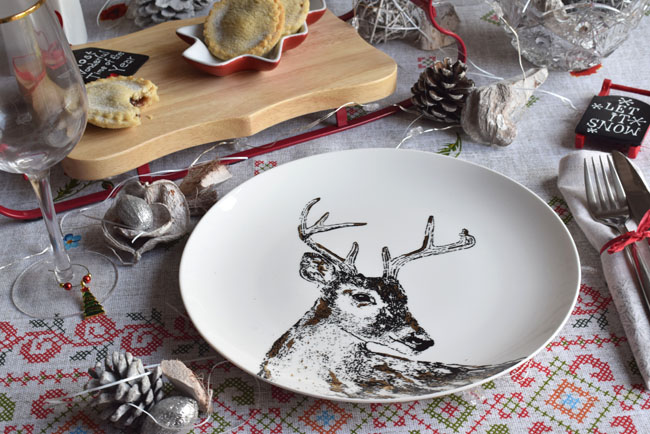 Being a part of the Come Dine with Matalan this Christmas means I was able to get the woodland themed crockery, such as the Reindeer plate and I combined it with their snowflake napkins, gold-rimmed glasses and lemon-scented potpourri. The sleigh is my centrepiece for sure though, for my mince pies are the show-stopping sweet gifts that my guests must end the night with. Like Santa, I bring them little presents of tasty goodness so that the year ahead is just as sweet!

I hope you agree that I went for the less cheesy vibe by styling my Christmas tableware in this way. Rather than using garish decorations, I chose the subtle snowflake pattern on the napkin which is nicely complimented by the cool-lit portable fairy lights. Although the Reindeer head is prominent on the dinner plate I feel like it’s a more sophisticated drawing of one rather than what a cartoon would have been so is definitely suitable for an adult dinner party. Last but not least, the sleigh has really impressed me because the mature light wooden top is a perfect dessert presenter or I can see myself using it for the array of cheeses I will buy in the run up to Christmas day. It’s also well-designed and I can see it serving nicely for both adult and children’s parties. 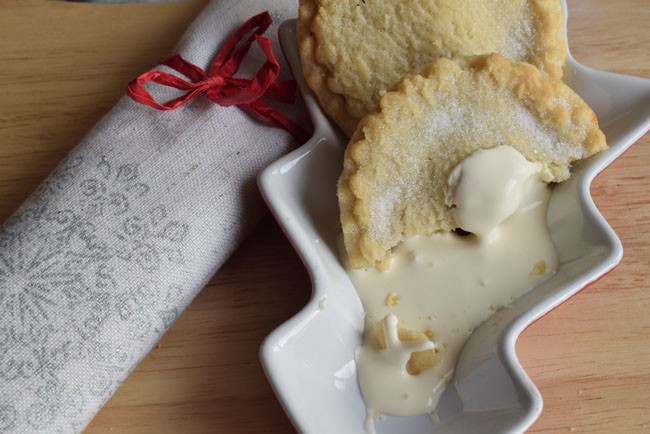 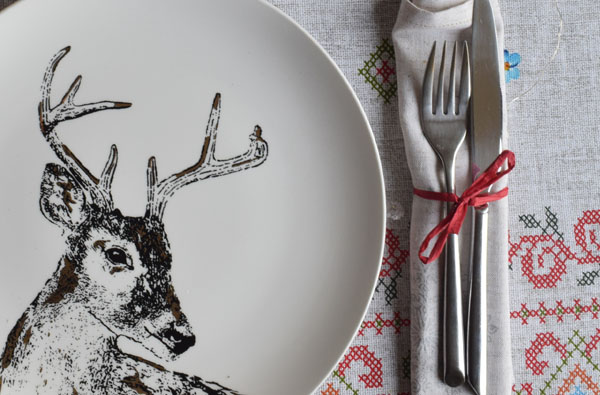 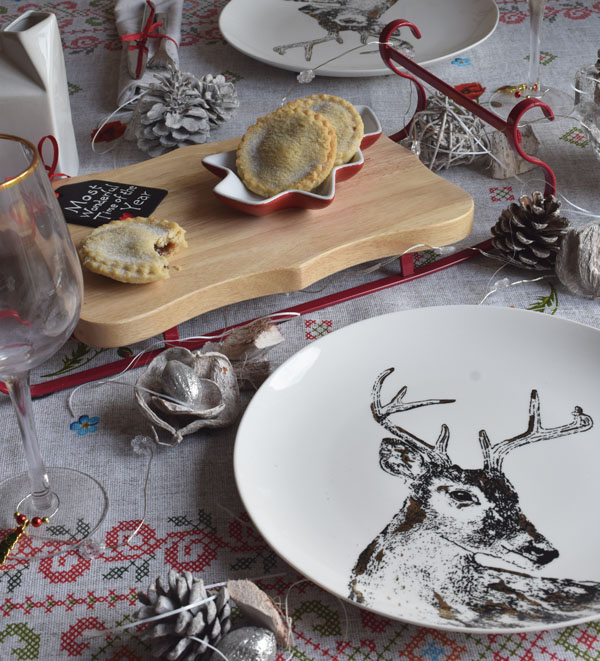 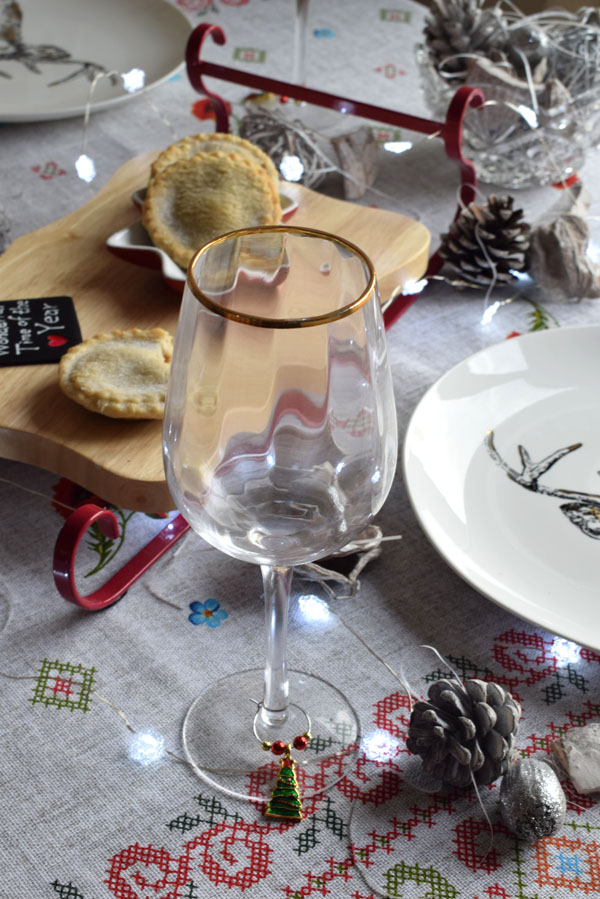 Many months ago, I was gifted a book called ‘The Writing Prompts Journal’ where there are 365 prompts for every day of the year, by Bryan Cohen. I was naughty and flipped forward to 25th December so that I could write something creative for you today so, here is the prompt:

During a walk, you stumble across a bottomless bag of presents with an unlimited amount of gifts inside. What do you do with this powerful sack? Why?

Casper, my German Shepherd dog, and I often go for walks and tonight we decided to pop over to ‘the green’, a patch of grass near our house that’s cornered off by a fence. It’s a regular occurrence, although we rarely go so late, so we trod along in the darkness, side by side, until we reached the familiar entrance. As usual the gate was swung open but today, being particularly windy, it rocked a little on it’s hinges with a light squeak.

As Casper bounded into the green, my well-practiced removal of his lead accomplished swiftly, I look up at the sky and enter after him. Whenever I can, I try to locate Orion’s Belt. Coming to the middle of the space I know that I hide myself from all street lights behind houses or trees, for better to see these three stars that are forever bound in their formation. It fascinates me how bright they shine, how their light has traveled space and time to show me the version of themselves that is actually from the past rather than what they are currently. How ignorant do I have to be to believe that we, human beings, are the only creatures in the whole universe?

I was starring intently upwards determined to answer the questions I’ve set myself. No matter though because for all that time I was standing looking up, I should have been looking down, for there was a bag a few feet away. It moved now. I flinched. Casper patted his way back to me, noticing my irregular reaction. The bag moved again. This time Casper jumped back and his hair stood on ends. Approaching it tentatively, both of us, in that split second, must have decided that we will look into the bag to find out why it’s trying to worm away.

Casper’s snout prodded the bag but no noise came, although it continued it’s usual motion of slight wringing. So, I decided to confidently open it up and as I undid its strings something popped out of the top and fell onto the grass. It was a present. A fully wrapped, ribboned and name-tagged, present. I bent over and picked it up but it was too dark to decipher the name that was written in curly handwriting, and to be honest, it reminded me a little of a horror movie so I didn’t want to see in case it had my own plastered on the front. What if a serial killer has written a death note dedicated to me, and me only?

In case you haven’t noticed, it’s FREEZING! Which always means that I hope to keep my feet cosy and warm inside boots and I…