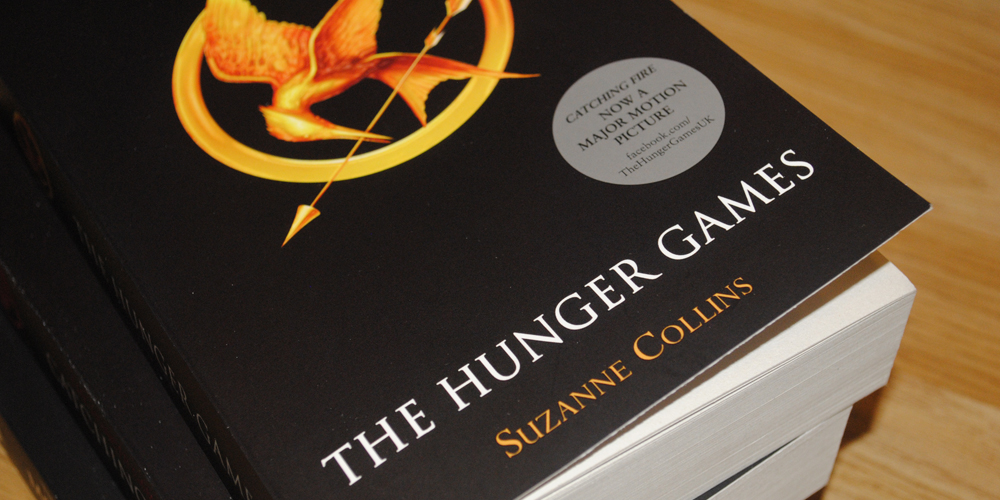 A very enjoyable book that you can’t put down!

The Hunger Games book is definitely for teenagers. It is simply written and is super easy to follow and understand. I like that the book is multi-faceted though as it’s a satire that comments on reality shows and political governments that play on fear and power.

The story begins with exploring the every day life of people in District 12. Written in first person, we soon discover that the story is about a young teenage girl, Katniss Everdeen, who lives on the Seam of the District. She hunts in order to sustain her family needs and bring food to the table as her father has died in a mining accident. She’s very protective of her family, especially her little sister Prim, which explains why when Prim is chosen for the Hunger Games, Katniss volunteers to go in her place. There is 1 in 24 chances that she will live as there are 24 tributes chosen for the Hunger Games, where all play to survive by killing the opponents, two tributes from each of the 12 Districts.

Peeta Mellark was the boy tribute who was chosen from District 12 beside Katniss. They are both swiftly taken away from their District to the capital and are styled and trained for the Hunger Games. After making a great impression in the opening ceremony as well as in the training rooms – where Katniss shows off her hunting abilities and skill with a bow and arrow – Katniss receives the highest score from the judges, possibly suggesting that she has the better chance of becoming the victor of the games. In the meantime Peeta reveals, during his interview, that he has been in love with Katniss since they were children – a story that Katniss believes to be a plan to gain the approval of the public. Since then the public believe that they are star-crossed lovers as there can only be one victor and not two, so they can never be together.

Katniss and Peeta are soon put into the games where, from the very beginning many tributes kill each other. Katniss ends up running into the forest and running away from all the other tributes. She struggles to survive with lack of water but manages to scrape past as she has been through hard times when she was younger, living with little food. Â Soon she discovers that Peeta has joined a group of menacing tributes, who are hunting her. She discovers that she is trapped in a tree with the others underneath who are waiting to capture and kill her. After the help of another young district named Rue, as well as Peeta who saves her life by protecting her from one of the stronger tributes and is hurt in the process, Katniss manages to get away.

In the aftermath Rue finds Katniss, who asks her to be her ally. They team up to survive and end up blowing up the other tributes’ provisions, such as weapons and food. Whilst Katniss was blowing the things up, Rue, who created fires to drive the tributes to that location, ran into trouble and is killed. Katniss kills the tribute who kills Rue and ends up alone once more. After more surviving difficulties, the Gamemakers change the rules to state that both tributes from the same District can become victors, so Katniss searches for Peeta.

Katniss find Peeta in a bad condition as he was injured by the other strong tribute. Katniss does everything to keep him alive and throughout this time she plays the game that the public want and pretends to be madly in love. Katniss manages to retrieve medicine for Peeta to keep him alive as the other tributes slowly die, either by killing each other or by accidentally eating the wrong berries in the forest. They are both driven to the central lake for water by the Gamemakers where they encounter the last tribute left, the strong one who injured Peeta previously.

Katniss, Peeta and the tribute end up fighting horrible creatures by the lake. After a long painful death, the tribute is eliminated from the games and the star-crossed lovers believe they have won. However, Â the Gamemakers change the rules again to say that there can only be one winner. The games were created as a political way of dominating all the Districts around the Capitol, the central city, and suppressing the issues in the hope of preventing another revolution. That means that the Gamemakers are trying to show that they are in control. Katniss grabs poisoned berries and decides to take them at the same time as Peeta, as neither of them want to kill the other. The Gamemakers stop the couple before they swallow and die.

The two victors are taken back to the Capitol and are congratulated on their win. The government are not happy to have been outwitted though and believe Katniss is conspiring against them, so she is instructed by her tutor to keep up the lovey-dovey facade. Â Whereas Peeta truly loves Katniss, she herself is unsure. The story ends when they are back on the train to go home to District 12 and Peeta realises that Katniss was actually acting her love for him, both in the games and after during the public ceremony. 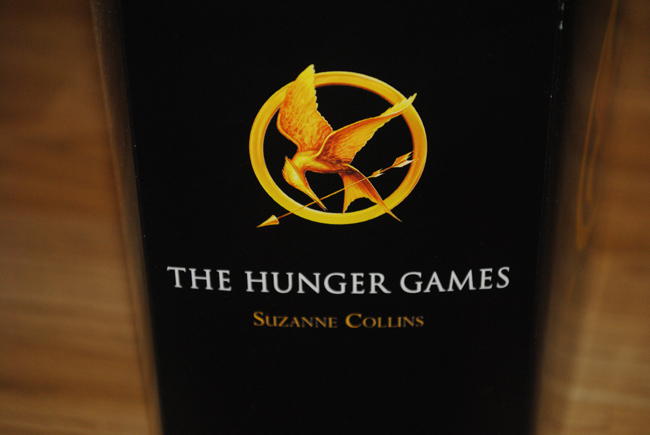 Being a children’s book, the characters do not seem to be too complicated and this is true for Peeta Mellark who has loved Katniss since he saw her on his first day of school. We, as the reader, find out that Peeta saved Katniss from starvation as a child by throwing her bread, showing that his affection had ran throughout his life continously. Throughout the story he conitnues to save her life and the reader likes him more for it.

I thought it was interesting that Katniss discovers that Peeta isn’t as well-fed and abundant in life as she may have first thought. Peeta has lived through hard times too, which means he does understand the difficulties of life within District 12 – even if they’re perhaps not as fearsome as Katniss’s own.

It really did sadden me when Peeta found out that Katniss was acting out her adoration for him as the reader truly does feel sorry for him. I know that I’d like them two to be together, however Katniss is probably suited to her best friend at home, Gale, more – the reader simply doesn’t know much about Gale I guess…Â and pities Peeta more.

Now, there is much to say about Katniss Everdeen. As it’s written in first person we learn a lot about her in the first book, from her childhood stories to her complicated and mixed feelings toward Peeta or her hunting partner, Gale.

To state the basics: she is a stubborn girl who fights to survive. She is also a strong character that is clever and is physically able. In a world where the government is restrictive, possessive and almost claustrophobic she is able to keep her family alive as well as herself.

The reader can’t help and get attached to her, being the protagonist of course, and wants her to win The Hunger Games. The writer, Suzanne Collins, works hard to prevent the character’s killings to seem like unjustified murders and is sure to give good reasons to the deaths that do happen, one of which is even accidental (Foxface tribute), otherwise most of the killings are made by others.

So, there is much that can be said about the character, from being a compassionate individual who hides her feelings to a young girl who isn’t sure on what she truly feels herself. Most importantly though, her strong characteristics and fighting spirit are loved by many in the book as it’s clear that they are all in need of a revolutionist and a leader to stand against the overpowering and unreasonable government.

I can’t wait to readÂ what happens next 🙂

Review copyÂ – all thoughts are my own.

The Xmas Advert Everyone is Talking About In 2015

You know it’s Christmas when the John Lewis Christmas advert is revealed! In case you’ve been living under a rock and haven’t seen it,…