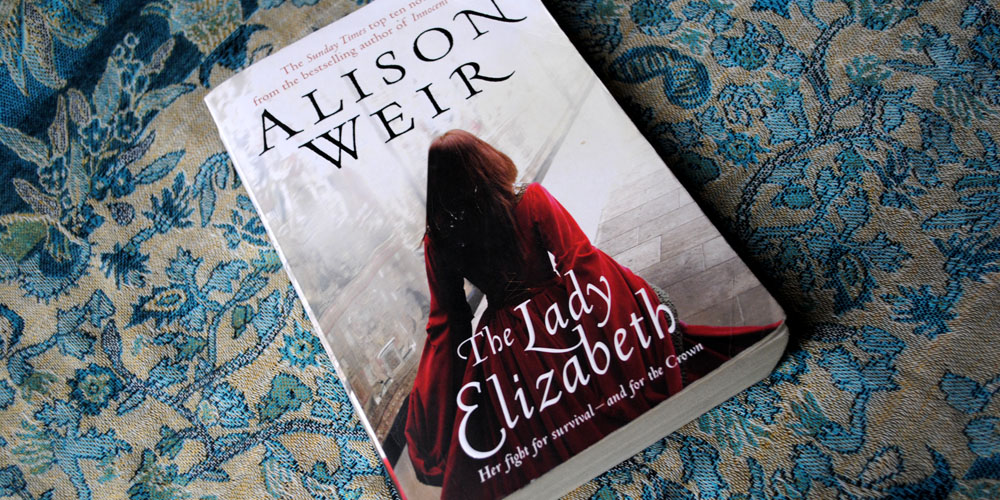 To summarise the novel as simply as possible it can be broken down in three sections. The first describes how King Henry VIII ends up with so many wives but, from the beginning, it’s clear that the story evolves around his children, in particular Elizabeth Tudor, daughter of the Kind and Anne Boleyn. The story shows the progress from her bastardy to her maturity.

The Middle section I would say is when The King, her father, dies and her brother takes the throne. At this stage she moves away and lives with her step mother, Katharine Parr and her new husband Thomas Seymour. The latter shows clear feelings towards Elizabeth, pursues her and the story suggests that they have sex and are then caught naked together by Katharine herself who throws Elizabeth out. Alison Weir then describes the lady Elizabeth’s tribulation as she becomes pregnant and goes into hiding to her maid’s family. She has a miscarriage and there are only rumours around what has occurred.

The third part of the novel I would describe as being the part where her little brother dies and her half sister Mary I (otherwise known as bloody Mary) takes the throne. She accuses Elizabeth of plotting against her and there is a lot of commotion and questioning that happens. Eventually the lady Elizabeth is freed from her imprisonment as her elder half sister miscarries and soon passes away due to her age and possibly a common illness.

She becomes Elizabeth I who reigned for over half a century.

The book progresses as the lady Elizabeth matures, from her childhood to her womanhood and even her potential loss of virginity. She is seen as a strong, likable lady who is also clever and extremely talented. She is able to out-smarten her foes, she is arguably better than her tutors and, most importantly, she is portrayed as truly loving her people.

The book makes it very hard for me to forget who Elizabeth Tudor was.

The story is a dramatisation of historical facts about the Tudor family. I’m not very good with history, what I mean is that I don’t find it that interesting… I know I should but some things to me seem very tedious. The Tudor family was one of those history bits that I didn’t care about yet since picking up the book and reading the story I was fascinated with this royal family history.

At times it was indeed far-fetched and dramatised for the sake of a good scene, such as the Lady Elizabeth’s dead baby fetus being thrown in the fire…Â Nevertheless, the story achieves its goalÂ and it is anÂ entertaining read even though not a lot happens!

The writer moves freely from one character to another in the same chapter, somethings seamlessly in one paragraph (although it seemed like it was.) The reader knew exactly what both of the people in the scene were thinking, such as Elizabeth’s frustrations about her half sister’s accusationsÂ and Mary’s ideas about gettingÂ sister to get her to admit that she’s plotting against her.

All in all, an enjoyable read and I couldn’t wait to find out how long for Elizabeth I reigned once she finally hadÂ the throne 🙂

This is a super fun and easy DIY project. Trying out pottery reminded me that I like working with clay, so I decided to…