Cyprus is the perfect holiday destination if you’re looking for somewhere sunny, somewhere beautiful and somewhere easy to grow accustom to if you’re British (as they also drives on the left.)

We’re a big family of 9 and so we found a villa to stay in that was big enough, located within Argaka. It’s about 40 minutes drive to Paphos Harbour which suited us perfectly as we’re a quiet bunch and enjoy the peace of the countryside rather than the city buzz.

Although we very much loved sunbathing by our enormous pool and splashing in it too, as well as going to our local restaurants and quaint beaches, I wanted to share with you a number of things that we did that you can’t do anywhere else but in Cyprus below. 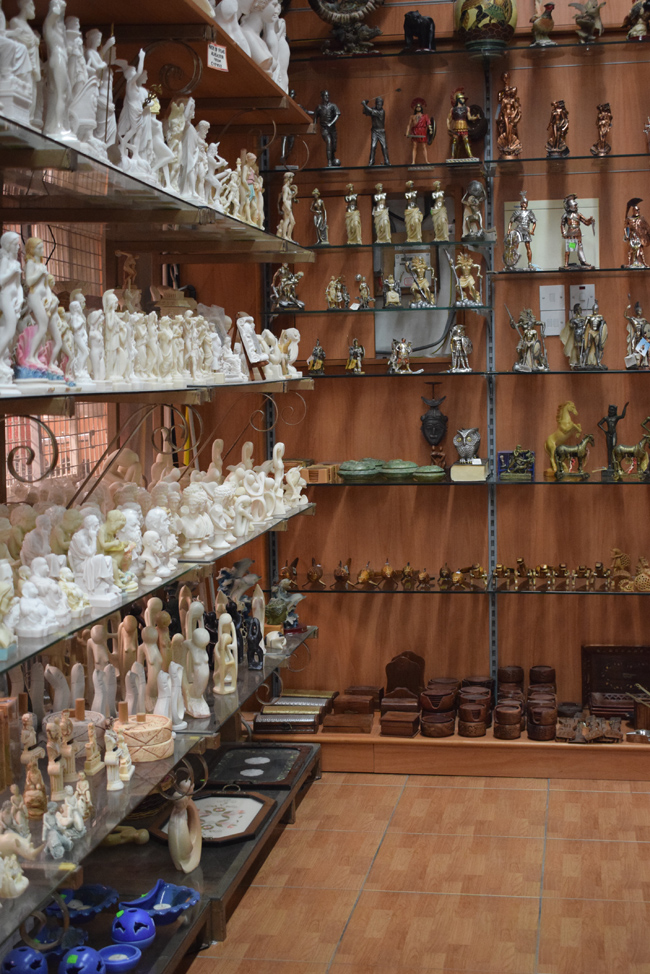 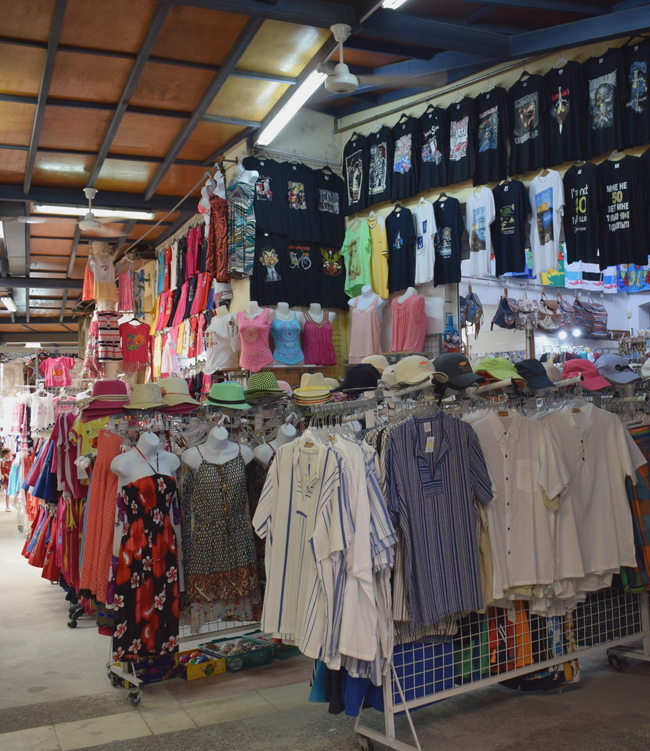 Before we went, we looked online for local markets and read reviews. I found them helpful so I thought I would repay the favour by writing my own, right here. Firstly, The Old Town Paphos Market seemed to have got only 3 stars as an average score on Trip Advisor which I now don’t think is fair, considering that most of those reviews were done in 2015 and that many things have changed since then. Firstly, there was a minimal amount of food being sold which was a surprise as it was suggested in the reviews that most of the market was filled with it. So, I would give it 4 stars because when we went it was exactly what we wanted. They offered clothes, shoes, bags, ornaments, and gifts and plenty of touristy souvenirs. They weren’t expensive (and you could haggle) and it was a sheltered market, which meant there was shade away from the searing sun.

The market is located in the old town of Paphos yet parking was easy, which was a 5 minute walk from the market. It was quiet and interestingly, we went whilst building works were being done in the surrounding area for the start of the European Capital of Culture celebrations. There were plenty of cafes, jewellers and usual high street shops (IE Next) and in early July 2017 there also weren’t many tourists (which surprised me!) 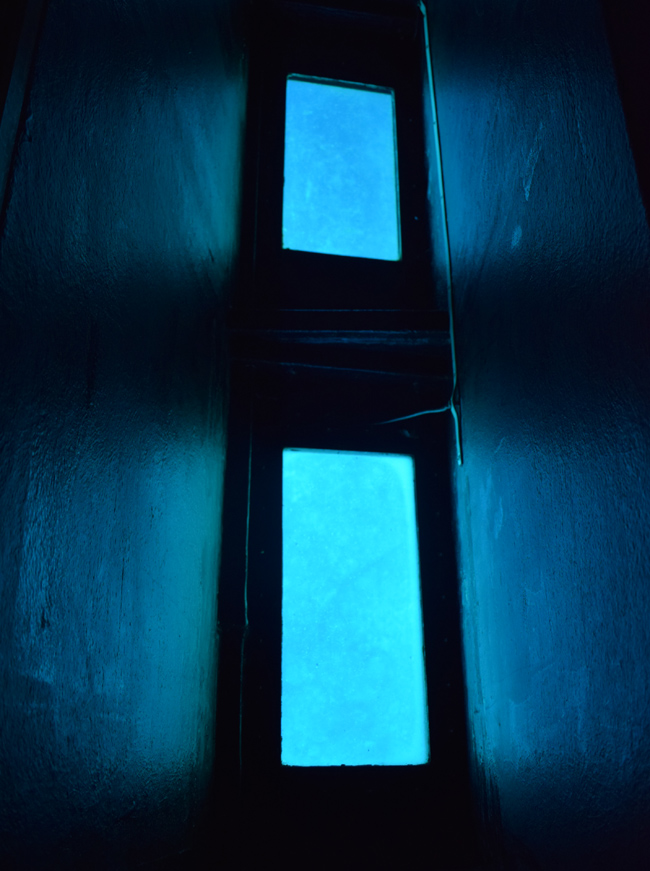 glass bottom where you can see fish when boat slows 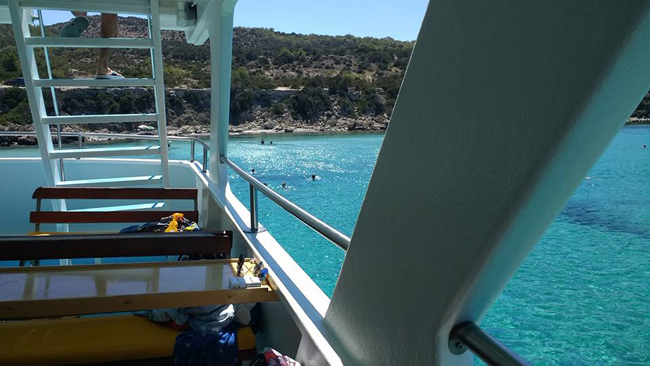 This is a great excursion that offers a fun activity for an adventurous family. I personally loved seeing the cliffs and being on the ocean. Although the boat offers a glass bottom to look at the fish below, I found that I enjoyed stopping at the Blue Lagoon the most. For one hour our boat allowed everyone to swim in the sea and although it sounds scary at first, it isn’t actually as deep as you expect. It offers a sandy floor (full of little fish that swim around you … but don’t touch you) which you can stand on if you’re not a very good swimmer. The water is a brilliant blue and there are tiny caves too, to which you can swim to as well.

Wear your swimsuit, take a towel and bring a waterproof camera!

Boat: Mediterranean One from Latchi harbour 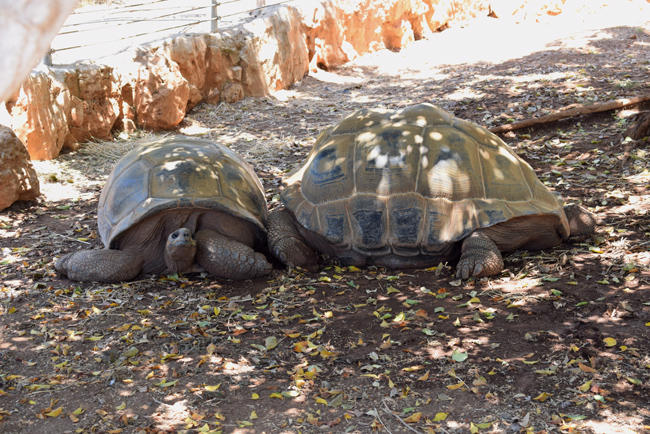 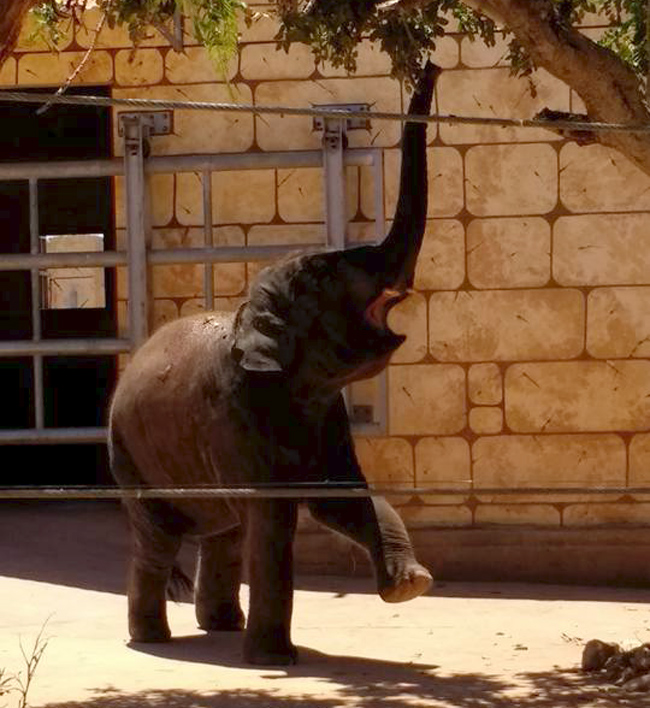 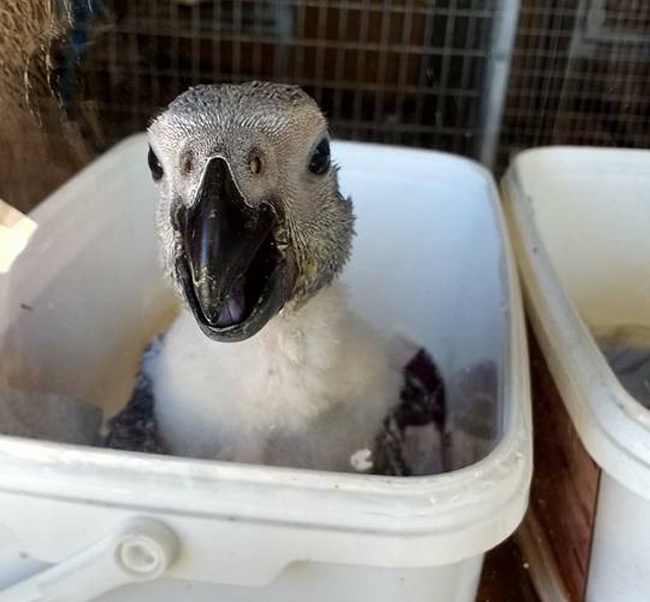 We arrived early on a hot day prepared to make the most of the zoo. We brought plenty of cold water and were shaded by our hats as we walked around looking at all the animals, birds and reptiles. We managed to see a bird show that had plenty of parrots doing tricks and some very impressive owls. One of which, we were told, starred in the first Harry Potter movie!

We also managed to feed the cheeky, long-tongued giraffes, who stole food off one another and I was delighted to see something I haven’t before – which was a range of baby birds that were placed in a row, in individual boxes, behind a glass window. Perhaps it was the nursery but there were plenty of squawking beaks staring up at us. I assume they’re being fed on a timer… anyway something that did worry us was seeing a lot of animals on their own. A baby elephant, for example. It shouldn’t be on its own as they’re family animals so it was a shame to see it, what looked like, being bored and lonely.

Nonetheless, it’s a great family day out and children would very much enjoy this activity too.

Tip: Arrive to animal feedings 5/10 minutes before it’s due to start for good seats.

The Tomb of Kings 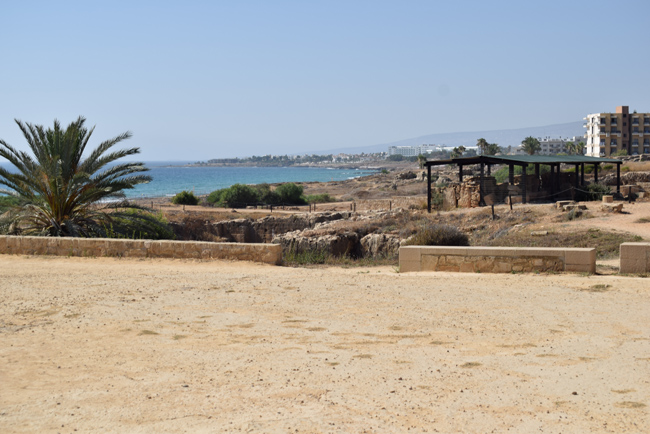 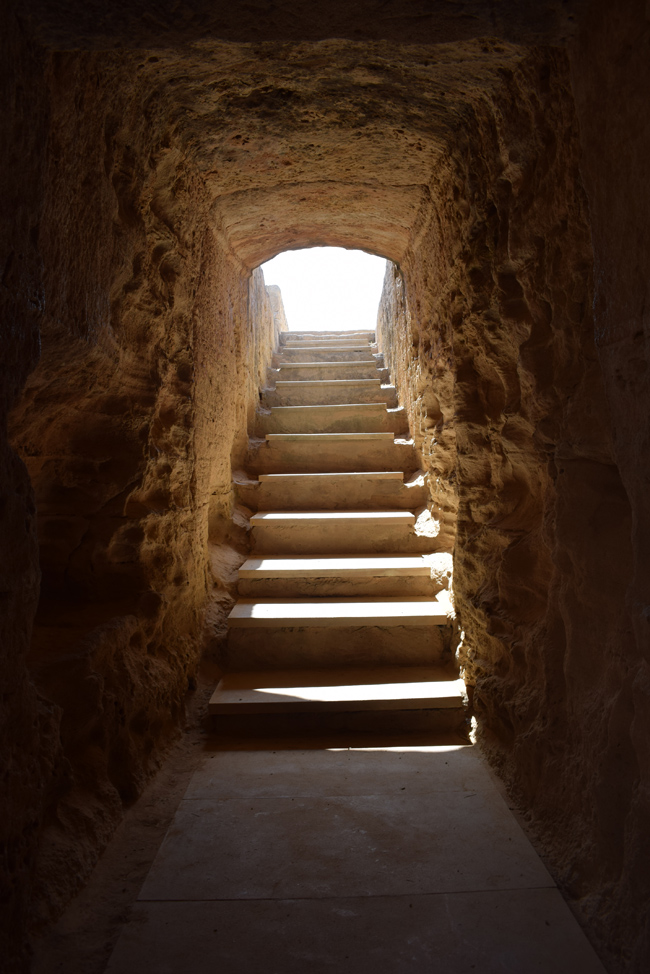 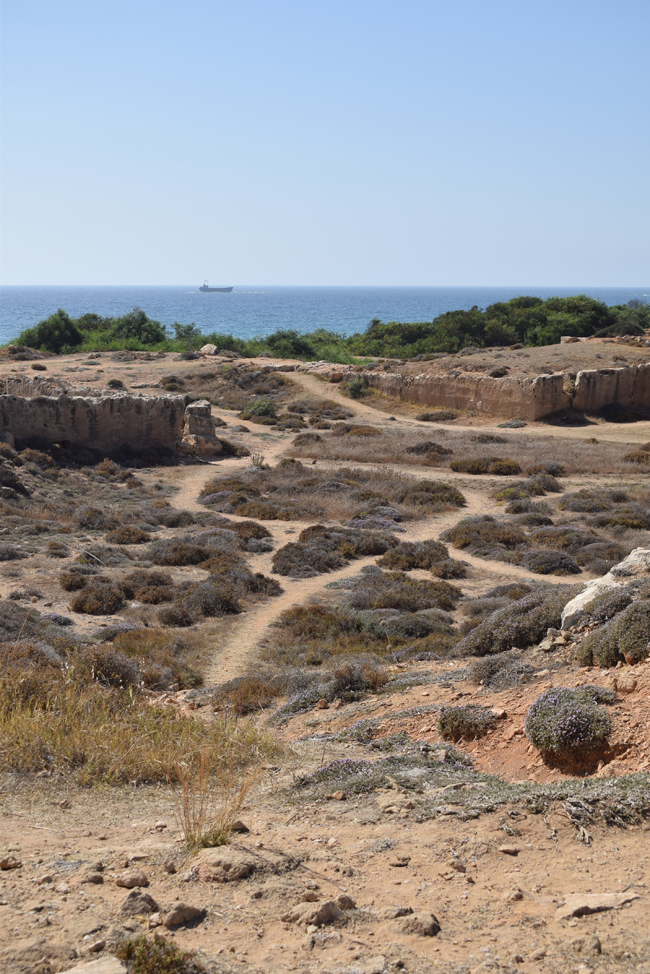 This is a simple yet intriguing activity as a tourist. It’s a lot of walking around and looking at ancient rocks and caves so it’s perfect for those who like archaeological scenes. There are plenty of chances for great photos and provides the family to learn something new and spend more quality time together.

Tip: Bring water, a hat and plenty of sun cream on a sunny day and wear comfortable shoes too as you’ll be doing plenty of walking around. 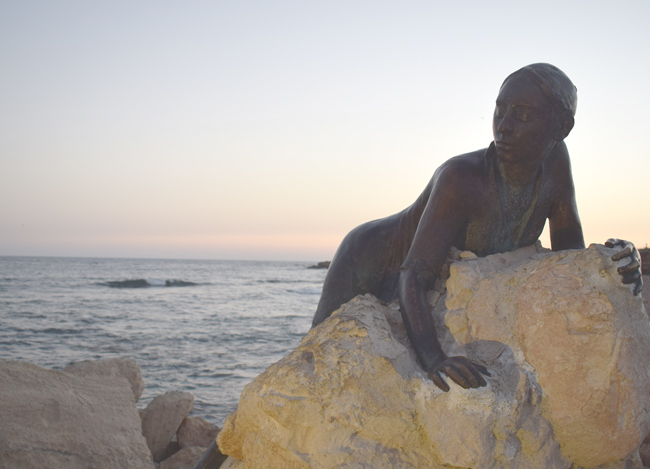 Looking around Paphos habour is always nice. It has plenty of restaurants and plenty for a family to do, from shopping to water activities. We went to see the Tomb of Kings, as mentioned above, and so the harbour is a 5 minutes drive away from it, that also seemed like just the one straight road.

After a quick break, we very much enjoyed going towards the castle and climbing the steps to find the statue of the Goddess Aphrodite I believe. The scenery is beautiful and there’s always a great vibe where there are plenty of people looking around and taking photos.

Extra: There are always little kiosks around if you fancied grabbing a souvenir. 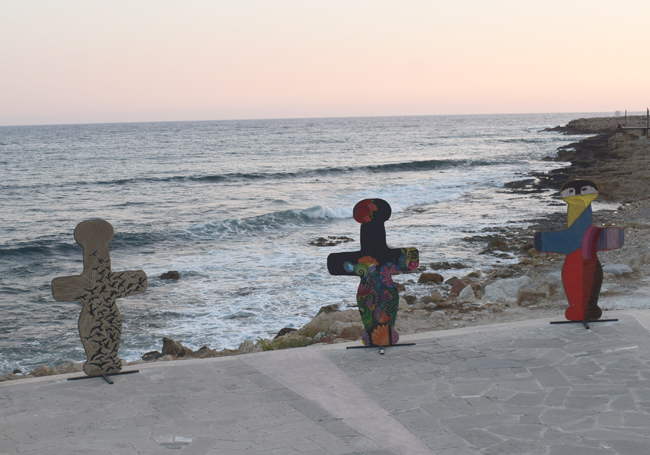 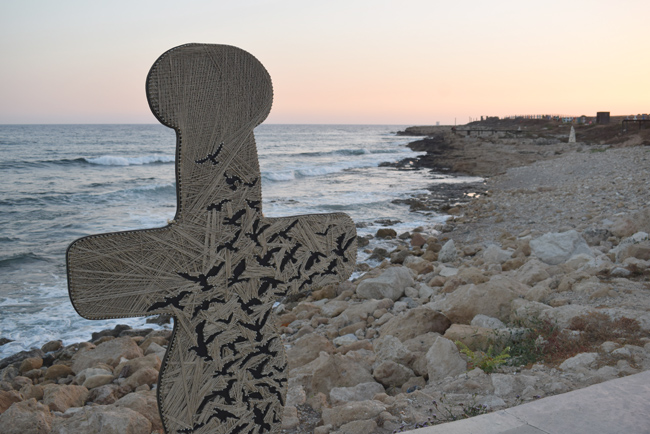 Just by the castle there are plenty of artistic statues that were created for the European Capital of Culture celebrations. They stand in a row along the cliff front and look out onto the ocean. I believe they’re symbols of fertility and they make a wonderful picturesque scene. A perfect spot for photographers and those who enjoy culture and history.

Site: Go to European Capital of Culture for tickets and information on what’s on.

Have fun exploring Cyprus! I know we did 🙂

Any Excuse to Wear My Sunglasses

Yes, I’m one of those people who must take out my sunglasses whenever there is a BIT of sun peeking out from behind the…