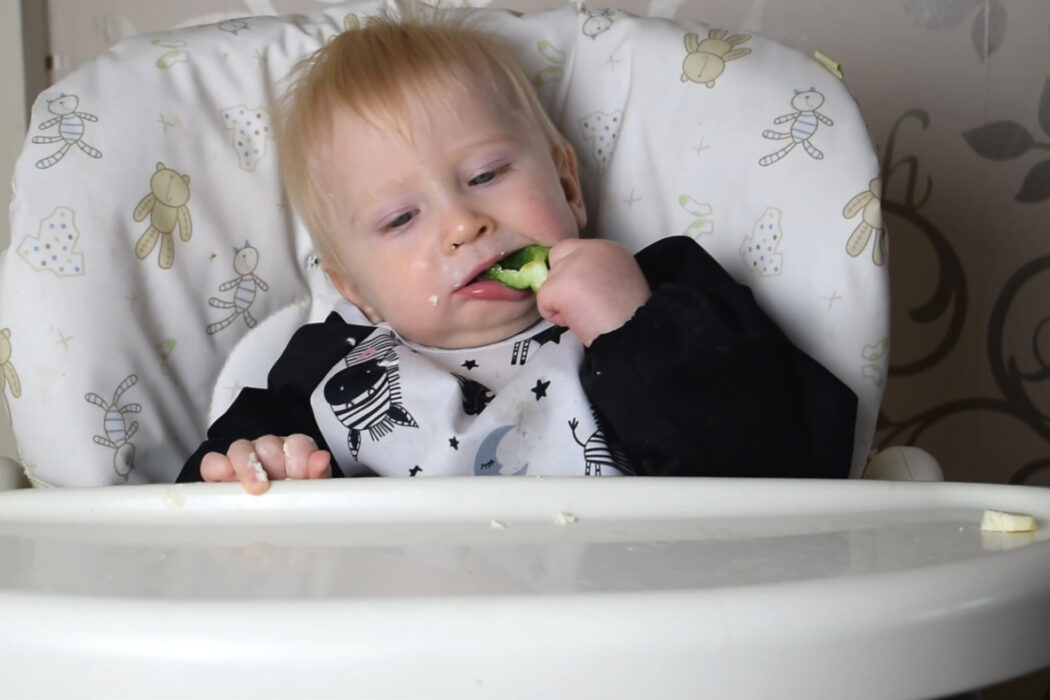 Weaning is a whole journey in itself.

After a rocky start, baby boy lost more weight than an average breastfed baby and we ended up in A&E, we have been breastfeeding. (That’s a whole other story but if you’re interested let me know and I’ll post about it here.)

From his first day of month 5 I started weaning him on purees and I could have started earlier because he was showing all the signs that he was ready for weaning but I wasn’t in any rush so decided to wait until then. I knew of baby led weaning so actually I was doing both from very early on, for example I would give him broccoli without mashing it up. A few months on and this is where we are now.

Today, I’m sharing with you only the homemade food that I give him. Don’t get me wrong, I do use the pouches and canned baby food by Ella’s Kitchen, Heinz, Cow & Gate and so on but I use them when I don’t have anything else in the fridge or if I’m on the go (which isn’t often as we’ve been in lockdown for most of Aidan’s life…) I hope you enjoy my choices and don’t forget to comment and let me know what you feed your baby.

What my 8 Month old Eats for Breakfast

My go-to option is always porridge. If it’s good and healthy for me, it’s sure as hell ideal for my baby. Because it’s winter, I myself have porridge daily. Although I have my own porridge with milk though, I usually use boiling water with his but I have also tried Almond milk before which he enjoyed. I tend to add flavour to the porridge with a pinch of cinnamon or mixed spices and always pair it up with fruit or yogurt, or both.

My baby boy loves banana, so I tend to offer a banana on its own whilst I prep the rest for him. He enjoys holding it and playing with it but he’s also a big fan so I tend to mash some of that banana into porridge sometimes too. I like to also cook apple and pear together. It’s like making jam but without ANY sugar. It’s very easy because you add a spoon of water into a pan with cut up apple (peeled and corked) and pear – it takes ONLY 6 minutes and makes the perfect addition to a porridge that can be a little too stodgy for little tummies.

What my 8 Month old Eats for Lunch

Lunches are always fun. After getting him to try a variety of food types – I tried not to give him more than 1 new thing per day by the way – I noticed what he enjoyed and then gave him that but I tried to mix it with something else that I knew was healthy. For example, I know he adores avocado. So, I’d mix avocado with rice or mashed potato or parsnips etc. I recently started adding extra flavour to blander things using powdered garlic or dried dill.

These days though, if I don’t have time to prep anything our lunch will actually be leftovers from the night before. As I usually cook healthy for both myself and my husband, I’m usually confident that what I’m offering my baby is a) nutritious and b) weaning him onto food that he will eventually end up eating anyway because he is part of our family!

What my 8 Month old Eats for Dinner

I’m usually the cook at home and like eating fresh food so I do like to cook every one or two days. This means that we end up eating freshly roasted chicken with veg and potatoes or Mediterranean cous cous (usually in the summer) but the one you’ll see in the video is a sausage casserole. IT WAS DELISH. My baby boy enjoys it too because there are plenty of ‘nom nom’ sounds coming from him haha. I used a sachet, a packet with the spices so I did cheat a little BUT I added my own choice of vegetables (mushrooms and onion usually) and good quality sausages.

To give me time to get these things out of the fridge, we tend to start lunch with a diary lea cheese though. It’s something he can hold independently and enjoys very much.

What baby snacks do I give throughout the day?

The snacks we stick is apple, pepper and cheese (sometimes homemade, like Tvorog, which I mention in the video.) Apple is probably our biggest go-to but I must say that I was surprised that he enjoyed the more sour, green option like his mummy. I guess it makes sense though, after all he does have my genes!

Thanks so much for reading. Don’t forget to watch the video and if you enjoyed it give us a thumbs up 🙂

Until next time x

Halloween is on our door step so it’s time for fun DIY decorations. From spooky bats to awesome pumpkin carvings, I’ve put together a…